I Flip-Flop – Rage and Resilience

I Flip-Flop – Rage and Resilience

Last week I wrote about Michigan State men’s basketball coach Tom Izzo raging at a freshman player, Aaron Henry, during an NCAA tournament game. I stand by what I wrote about Coach Izzo’s behavior: we need to end the false choice between being a “great leader” and behaviors like “yelling or berating” players, employees, children, students, etc  When in authority, behavior matters, and those in authority should hold themselves to higher standards.  Expressing frustration or anger is one thing. Training those understandable emotions on others is another. I won’t rehearse all the arguments, which will bore most (non-sports) readers.  But I do want to return to the leadership lessons – including in sports, but reaching well beyond sports.

I made my point last week, but as I have subsequently read what Izzo and Henry themselves said, and read and listened to other columnists, I believe I missed something really important in what I wrote about leading from authority.

A former athlete said on ESPN:  “I’m from an era where if a coach doesn’t yell at me, then I got something to be worried about, because that means he’s stopped caring.”  The triumph of Izzo and all great leaders – the yellers certainly included – is that they expect great things from everyone on their teams.  A CEO client of mine said in a coaching session last week (paraphrasing), “I realized I was feeling like a victim, and I was resigning myself to a person’s mediocre performance. But I’ve gotten myself back in the game to figure out what I can do to help this person get stronger and become more effective.” Our indifference can be a harsh punishment.  And no one can accuse Izzo of indifference! When I read his words, I imagine Izzo’s passion, and I take it as a test as far as how I approach my clients and my students:

“All players that want to be great, need to be pushed,” Izzo said of Henry: “I’m really proud of him. I really am. I’ve always been proud of him. He’d be the first to tell you that he needs to be pushed. … I appreciate the fact that instead of moping like everyone else in the world, he went to work. And that’s why he’s going to be a great player. A great player.”

[Henry himself said about the incident]: “When you see someone who truly cares for you like my high school coach did and now in college, [Izzo] cares the same way, it’s unbelievable and I’m 100 percent blessed to be coached the the way those two did.”*

Two games after Izzo lit into Henry, the latter had his best game of the year. 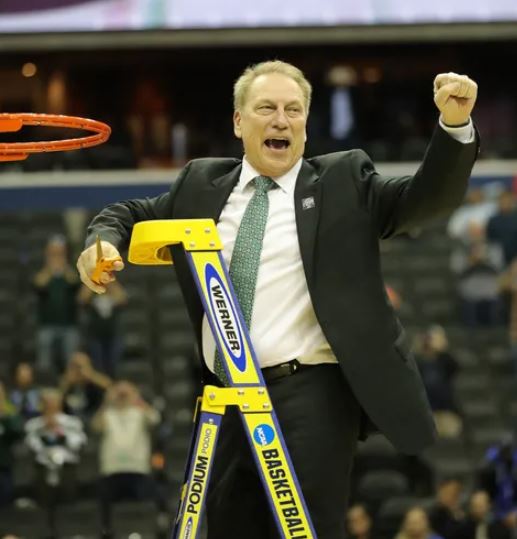 So, here’s the flip-flop referenced in my title to this blog:  I underestimated the primary importance of a leader’s articulating, celebrating, and expecting great performance.  My skimming over them, disrespected the coach and distorted the picture of leadership.

Izzo’s desire to bring out greatness, and my opinion about cruel behaviors, lead to a third important leadership inquiry: how do we hold high standards, act with kindness, yet build resilience?

We seem to live in an age marked by a lack of resilience.  The college freshman Henry made the point in response to a question in the same interview.  He had already received a lot of tough love from his dad and his high school coach, and when asked about Izzo’s onslaught, he responded: “Most kids haven’t had that; they’d respond in a negative way.” He felt, he said, “blessed” by it.  The college cheating scandal of a few weeks ago typified a parenting style that seems to protect children from learning about their limits  And college teachers of my era are stunned by students who beg and literally cry over a B+ or even an A-.  You wonder how well we’re preparing them for jobs.  One man who commented on my criticism of Izzo said that he has quit coaching hockey, because the kids are too soft and the parents too protective.  Hundreds of men on social media complain about snowflakes and sarcastically offer to buy boxes of tissues for people crying over Aaron Henry.

The old-fashioned “dad with the belt” days, however, are over. Violent hazings of frat boys and medical residents are – good riddance – over.  Coaches who deny players water on a 100-degree football field . . . get fired, as they should.  Abuse is being called what it is.

Ironically, perhaps the need to build resilience is therefore more important than ever in such sensitive times.  For in the “real world,” big companies and big labor won’t protect these young people. Increasingly, we each have to produce to survive. If we don’t it shouldn’t be hidden from us.  Failure is the greatest secret of Silicon Valley, where entrepreneurs try, fail, try again and again.  It takes resilience to be told by investors or customers that your idea sucks.

I don’t have simple answers today about building resilience. I advocate clarity and feedback that is frequent and clear. What do you suggest as we all strive to

Lead with our best selves.